Australia has lost 473,000 potential migrants as a result of Covid, but net inward migration is now on track to rebound to pre-pandemic levels of 235,000 people a year, the Centre for Population has found.

The treasurer, Jim Chalmers, said the centre’s 2022 statement, to be released on Friday, confirmed migration was “part of the solution” to skills and labour shortages.

The report finds that Covid travel restrictions resulted in the loss of 85,000 people in 2020-21, Australia’s first net migration loss since the Second World War.

On Sunday the government reimposed preflight Covid testing for passengers from China, raising fears that trade, migration and the arrival of international students might once again be disrupted, but most business and education groups – other than the Business Council of Australia – gave cautious support for the measure.

The Group of Eight universities’ chief executive, Vicki Thomson, said it may “impact students returning to study”, but it had been taken “in the best interests of our students and the broader Australian community”. 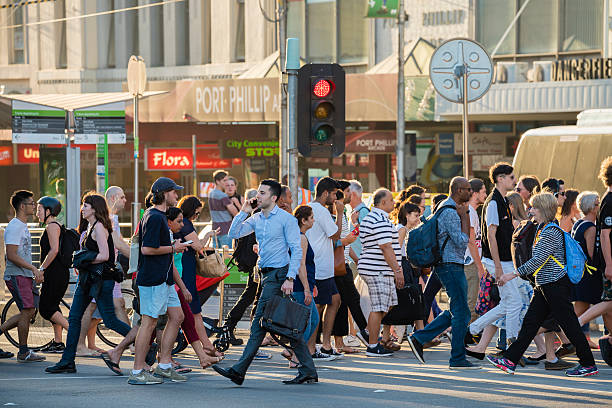 The chief executive of the Australian Chamber of Commerce and Industry, Andrew McKellar, said: “Given the evolving situation in China, the government’s decision to require a negative test on departure is appropriate and accepted by business.

“With the Chinese border only just reopening it will take some time before we see international arrivals from China return to their pre-pandemic levels.

“As such, we don’t expect testing requirements will have any great impact on our local tourism operators.”

It was the return of international students that drove the migration rebound last year, the centre’s report found, with 122,000 more in Australia in October 2022 than in December 2021, including 36,000 more Chinese students, up 90%.

Offshore student visa grants from January to September 2022 were the highest ever, while working holiday visas also surpassed 2019 levels.

At September’s jobs and skills summit, the Albanese government increased the permanent migration cap from 160,000 to 195,000, a decision the report said “further strengthened” the return of family and skilled visa arrivals.

Statistics released on Monday showed Australia’s fertility rate rebounded to pre-pandemic levels in 2020-21, up to 1.66 babies per woman.

The report noted “significant uncertainties” in projecting migration patterns, including the “upside risk” of fewer people leaving Australia than forecast and the “downside risk” that more might leave.

Student numbers, in particular, were sensitive to “movement restrictions in student source countries”, it said.

Chalmers said “as the economy recovers from the worst of the pandemic, crippling skills and labour shortages are holding our businesses and our economy back”.

He said the government would ensure the economy had the number of skilled workers it needed.

“Australia’s migration settings need to be sustainable, serve Australia’s national interest, and not be a substitute for training and building the capacity of our domestic workforce.”

The government has launched a review of the migration program, to report in early 2023. Chalmers promised “to build a bigger and better-trained workforce in 2023” through that review and the upcoming employment white paper.