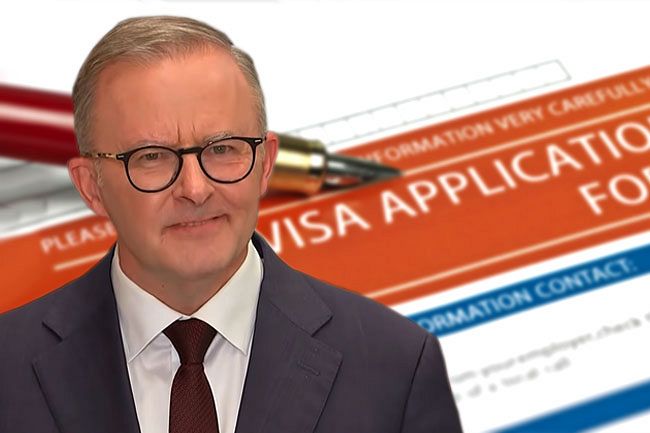 After years of driving down places available in the Skilled Independent category (Subclass 189), the Albanese Government is set to drive up numbers in 2022-23, most likely starting later this month.

The Skilled Independent category most characterizes Australia as a migrant settler nation.

It is a highly discretionary category that governments have used to crank up immigration levels, either to address skill shortages or, over the longer term, to slow the rate of population ageing.

COVID-19, of course, changed all of that and gave us two years of negative net migration instead. It would be wrong, however, to assume the massive cut in the Skilled Independent category from 2019-20 was due to COVID.

The real reason for the cut was to find enough places in the 160,000 migration program to clear the illegally engineered partner visa backlog. That was forced onto the Government due to the threat of an Australian National Audit Office audit of partner visa processing. That audit may report later this year.

Having now cleared the partner visa backlog, the Government plans to crank up the Skilled Independent category to 16,652 in 2022-23. This is in the context of a 30,000 place increase in the overall skill stream but still within the existing migration program level of 160,000.

If the Government cannot find enough additional successful applicants in other parts of the skill stream, it will be forced into increasing the Skilled Independent category even further.

The key is to increase the number of invitations issued to people who have lodged an Expression of Interest (EOI) in migrating to Australia. People who can score 65 points in Australia’s general points test can lodge an EOI.

In 2022-23, invitations are likely to rise to around 2,000 to 4,000 per quarter. Unless employer-sponsored migration is significantly reformed, invitations in the Skilled Independent category may have to be even higher.

This will be in conjunction with a reduction in the pass mark, particularly for high-priority occupations.

In the 21 April 2022 invitation round, there were two broad categories of occupations:

Occupations that received no invitations such as Agricultural Scientist; Chemical Engineer; Special Education teacher, even if they achieved a sufficiently high points score. This is most likely because there were sufficient numbers in these occupations coming through other categories or these occupations were not viewed as being in high demand.

Occupations that received invitations at a points score of 85 or 90 (for example, most registered nursing occupations; general practitioners; child care managers; early childhood teachers; university lecturers) and a few occupations with a point score of 95 or 100 (such special needs teachers and ophthalmologists).

The very narrow range of occupations that received invitations in 2021-22 will need to be significantly broadened to deliver the large increase in the Skilled Independent category in 2022-23.

With the ageing of Australia’s workforce in the traditional trades (such as carpenters, plumbers, joiners, plasterers and tilers), the current shortage of skilled tradespeople will likely grow significantly over the next decade. An increase in apprenticeships for local students is likely not to be sufficient to address the shortages.

Urgent need to reform the visa system, particularly to encourage more overseas students to study in the traditional trades and find pathways to migration, will need to be found.